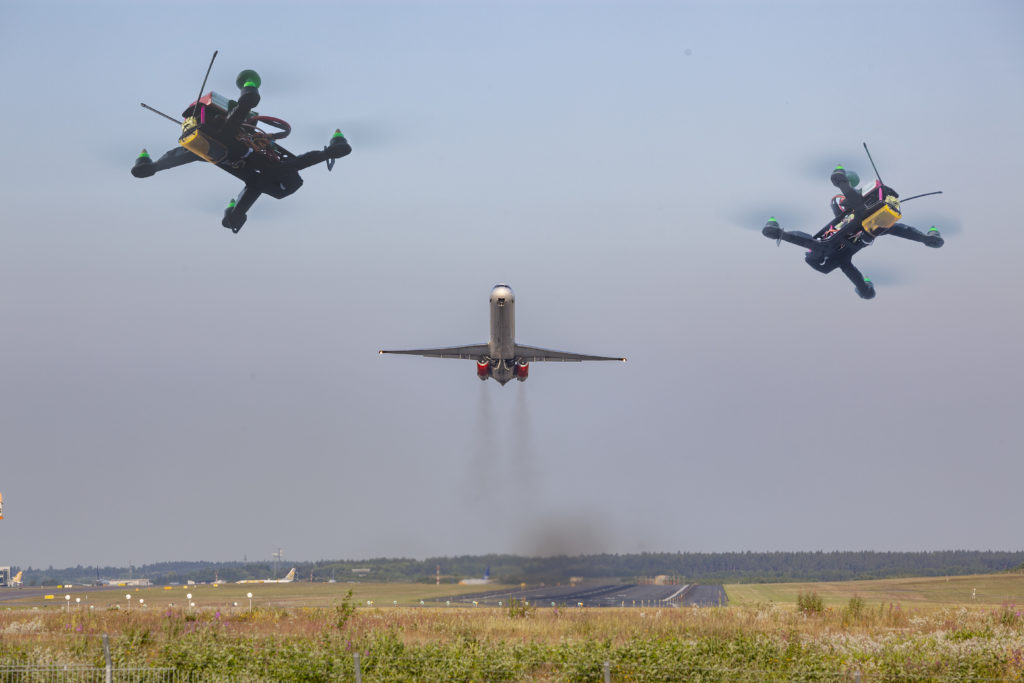 Two drones flying near an airport pose a significant risk to air transportation. Goldfarb has assembled a team of successful innovators who will incorporate their technologies to fast track their drone startup.

Goldfarb Capital Looks to fuel a drone startup of its own.  In what appears to be an already saturated drone market, there is still plenty of opportunities.  While some drone companies have merged, closed shop, or even revamped do to fledgling sales.  Very few have begun to serve a need in the marketplace.

“With growth expected to hit $82 billion by the end of the decade, there is still a laundry list of problems to be solved, says La Nard Bradley, CEO.  “The last mile delivery system is still wide open and will likely be done autonomously.  UPS and Amazon have their own drone programs.  But a few other tech companies are making a serious play for that space.”  And while heavy hitters like DJI dominates with over 75% market share, the DHS’s Cybersecurity and Infrastructure Security Agency has serious concerns about potential data leakage.  Therefore, a drone startup that focuses on the commercial opportunities can gain some traction rather quickly.  Goldfarb is adamant about capturing the target rich B2B sector which is currently under served.

“As an approved United States government vendor we see a unique opportunity to solve a problem while serving a need.  Many of our senior leaders are certified FAA Part 107 drone pilots, with former careers in counter-terrorism,” says Bradley.  With nearly thirty years experience in protective operations and direct orchestration in public policy, we’ve learned to read the winds.

Instead of releasing a drone and finding a market to sell it to, Goldfarb has taken a different approach.  We have a unique understanding of the needs of 22,000 law enforcement organizations in the United States.  Once considering search and rescue outfits we came up with requirements our drone startup and product lines should embody.  This approach allowed us to leverage our field experience as first responders before broadening the scope and usage of SUASs.  Including counter-UAS interdiction.

“We’ve begun forging partnerships with industry leaders who already produce high resolution optics, geolocation software, and other key components,” Bradley says.  “Our goal is to ensure our clients will have several aided devices they can deploy in a high stress environment.  Giving them a tactical advantage over any adversary.”